NewsMichigan’s need for Professional Trades talent has never been greater. Apprentice Mekell Brewer of Clinton Township is well on his way to a career as a union millwright. As Michigan’s workforce changes, the need for millwrights and other Professional Trades has never been greater.

Mekell Brewer is building Michigan’s future – and his own.

The 29-year-old Clinton Township resident is in the midst of a four-year apprenticeship program to become a union millwright – a highly skilled construction mechanic who works primarily in metal and precision machinery.

It’s a career he already loves.

“It makes me feel very proud to see the results of my work being used every day all across Detroit. We power Michigan by doing things like installing conveyer systems, giant turbines and electrical generators in companies all across the state,” he said.

Brewer, a 2007 graduate of Stevenson High School in Sterling Heights, attended Macomb Community College in pursuit of an engineering career before choosing to enlist in the U.S. Army. After successfully completing four years as a military network systems operator-maintainer, he returned home to his wife, Ashley, and his son, Mekell Jr.

He became an apprentice with the Michigan Regional Council of Carpenters and Millwrights in 2016.

“Our four-year apprenticeship program helps carpenters and millwrights develop the skills they need to succeed, find higher-paying jobs and be the best in the industry – all while getting paid,” said Phil Garofalo, director of the Millwrights Institute of Technology.

Millwrights are members of a construction subspecialty that studies and interprets blueprints and performs the drilling, welding, bolting and fabricating necessary to bring the plans to life. They install and maintain factory machinery and perform much of the precision installation in many industries.

The Michigan Regional Council of Carpenters and Millwrights has six training centers across the state, including a new state-of-the-art facility in Wayland, about 20 miles south of Grand Rapids. A seventh training center outside Marquette is scheduled to open in November.

Michigan’s need for millwrights and other Professional Trades has never been greater.

Employers can’t fill jobs because of an aging workforce that is retiring at a faster pace than they can find sufficiently skilled replacements. While CNBC declared Michigan a Top 10 State for Winning the War on Talent in its America’s Top States for Business 2018 study, leaders in business, education and government agree much more work remains to satisfy Michigan employers’ hiring needs and keep local economies moving forward.

Projections show Michigan will experience a Professional Trades workforce gap of more than 545,000 openings through 2026 due to retiring baby boomers and the emergence of new technologies.

There are approximately 2,500 union millwrights in Michigan with an estimated 15 percent expected to retire within the next 10 years.

“We believe we’ll need 120 more millwrights over the next year and possibly up to 500 in the next five years,” Garofalo said.

Staffing challenges are particularly daunting in the construction industry. More than three-quarters of Michigan construction firms report they are having a hard time filling salaried and hourly positions, according to a new survey released in January by the Associated General Contractors of America.

The appeal of apprenticeships

But appreciation of the rewards that can come from apprenticeships and Professional Trades is lagging in Michigan.

Efforts by the Michigan Regional Council of Carpenters and Millwrights to raise awareness and promote the merits of Professional Trades align with Ted’s vision for attracting talent to jobs and careers in Michigan.

Brewer said he doesn’t need convincing that a career as a millwright means a good future for his family, which now includes his 9-month-old daughter, Malia. He expects to wrap up his apprenticeship in mid-2020.

Ted estimates millwrights in Michigan earn a median income of $69,000, with an 11.5 percent projected job growth and 290 annual openings across the Great Lakes State.

“Being a union millwright is a great career. It not only gives you knowledge to enrich your life, it allows you to provide for your family,” Brewer said.

Learn AboutA Day in the Life

Earn an incredible living by using your mechanical precision to start a career. Carefully read and interpret blueprints and turn your passion into a profession. 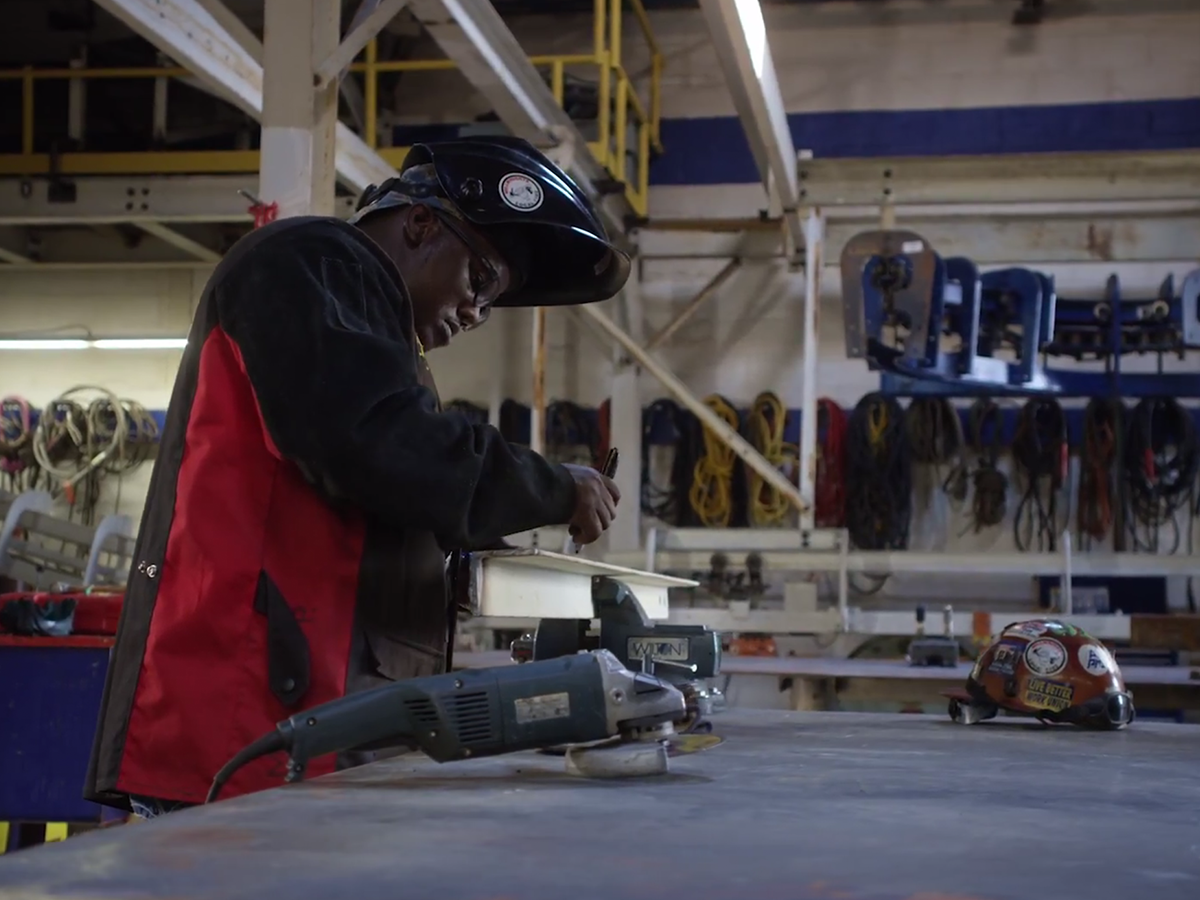